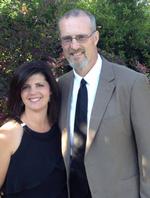 Hank has served in Full Time Ministry for over 30 years. He has been a huge part of ECJ for the past 13 years and he is the spiritual leader of the club and writes all of the team devotionals every week for the coaches to share with their teams. Hank is a great volleyball coach but even a better life coach for your kids. Hank will be taking over the Club this year and ECJ is blessed to have him leading our program for the future. 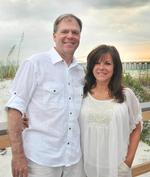 Ellis County Juniors VBC was founded in 1998 by Justin Wilson and he continues to serve as a Director. He and his wife Denise have lived in Waxahachie all their lives. He got interested in the sport in the early 1980's and has played on several teams including a USA Volleyball Men's team in the late 1980's. He has had a passion for the sport ever since.

His coaching career began when he got the opportunity to coach the Varsity team at Cornerstone Christian School in 1995. He coached for four years from 1995 - 1998 and ended with a record of 115 - 15. In four seasons his Cornerstone teams went an undefeated 40 - 0 in District, went to the regional finals all four years and made two trips to the TAPPS State Championships Final Four.

His daughter Lindsey began playing club at age 12 for Texas Impact (TAV now). After 2 years of traveling back and forth to Arlington for practices twice a week he could see that there was a real need to start a team in the Ellis County area to make it more convenient and more affordable for parents and their kids. He coached his first club team in 1996 made up of kids from Waxahachie, Cleburne, Cedar Hill, and Duncanville. Club volleyball was new to the area so they started very small with just that one team and they played under another club. His assistant coach was Paul Nelson who is a USA CAP Level I coach and has coached with the club since it's inception. After 2 years he began to get calls from more and more parents who had kids that wanted to play so in 1998 he decided to start Ellis County Juniors.

Justin is Impact Certified, a USA CAP Level II coach, and is certified in the VCAP (Volleyball Conditioning Program). His USA CAP Level I instructor was John Dunning who is the Head Coach at Stanford University with multiple National Championships and he had several Division I coaches as instructors for the USA CAP Level II accreditation. He continues to read and study the intricacies of the game and he recognizes that junior volleyball is a fast changing sport and the level of play just gets better and better each year. 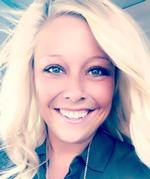 Jamie is originally from Sachse, Texas where she played for Sachse High School. She then committed to play volleyball and softball for North Central Texas College as a defensive specialist for volleyball and an outfielder for softball.

After graduating from NCTC, Jamie went on to Tarleton State University to finish her last two years of college playing softball for TSU.

This will be her fourth season with ECJ and her second year as a head coach after assisting on the 14U and 15U Black teams the two previous seasons.

Melanie is originally from Katy, Texas where she played for Mayde Creek High School and Katy Volleyball Academy. She then committed to play volleyball for East Texas Baptist University as and outside hitter and defensive specialist. She went on to earn All-conference awards 2 of the 3 years that she played for ETBU.

While in college, Melanie coached 2 years for East Texas Juniors VBC and 1 year at Wrecking Crew VBC. After graduating from ETBU, Melanie moved to Waxahachie and is now teaching Health and coaching volleyball, basketball, and track for Palmer ISD.

This will be her second season with ECJ and could not be more excited to work with the girls and grow as a coach.

This will be Tony's 6th season coaching for us at ECJ. Tony is currently the Head Coach at Avalon High School and has been for several years and also part of their administration and he has coached club at several different age levels including 14U as a head coach, and he has also coached at 15U two seasons ago.

Last year Tony Assisted on our 14 National Black team teaming up with Coach Melinda Krerowicz. Tony has always done a great job for ECJ and the kids and we are very fortunate to have him back coaching this season. 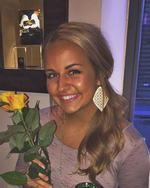 Hannah has played for ECJ since she was 12 years old, so she has come up through our program from day one in her volleyball career. Her teams have been hugely successful every season with multiple top 10 rankings in the region. Her ECJ 18 National Black team qualified for Nationals two years ago in New Orleans and had a 3rd place finish.

Hannah currently is the setter at Dallas Baptist University. Hannah is a great player and has a lot of volleyball knowledge and experience to share with our younger players. She was an assistant on our 12U team last year and did a great job. She will be heading up our 12U team this season and we're excited about her taking that position.

This will be Nick's first year coaching with us and we are very glad to bring him on. He is our Co-Director Hank Moore's son so he has a lot of volleyball background in his history.

Nick is currently an assistant coach at SAGU University and doing a great job. Nick is excited to get to be coaching in club and will be a great asset to our coaching staff.